TUC says that the issue is a hidden problem. In its survey of 1,151 adult LGBT workers in Great Britain, two thirds of those who are being harassed are not reporting it. A quarter of those who did not report the harassment said they were silenced for fear of ‘outing’ themselves at work.

“Many of the incidents of sexual harassment that we were told about appeared to be linked to the sexualisation of LGBT identities and the misconception that these identities solely focus on sexual activity,” says the report, which is published on Friday 17 May, International Day Against Homophobia, Transphobia and Biphobia.

“People influenced by these stereotypes see being lesbian, gay, bisexual or trans as an invitation to make sexualised comments or ask inappropriate questions about an LGBT person’s sex life, particularly if an individual is ‘out’.”

TUC is using the findings to call for new laws that could force employers to take preventative steps to stop sexual harassment happening and to strengthen the role of HSE.

TUC General Secretary Frances O’Grady said: “In 2019 LGBT people should be safe and supported at work. But instead they’re experiencing shockingly high levels of sexual harassment and assault.

“Workplace culture needs to change. No one should think that a colleague being LGBT is an invitation for sexualised comments or inappropriate questions – let alone serious acts of assault.

“Government must change the law to put the responsibility for preventing harassment on employers, not victims.”

HSE has so far resisted pressure to take a more active role in tackling or investigating sexual harassment at work. On 18 July 2018 the Parliamentary Women and Equalities Committee released the report Sexual Harassment in the Workplace which cited research of 6,206 adults in Britain which found 40 per cent of women had experienced unwanted sexual behaviour in the workplace.

The report said: “The HSE told us that there is no specific duty under health and safety legislation regarding sexual harassment, and that law on sexual harassment was for the EHRC and the police to enforce.”

“We understand that the HSE must prioritise its use of resources, but we cannot accept that sexual harassment is not sufficiently serious to be worthy of its attention.”

Sexual harassment of LGBT people in the workplace report

Stop burying our heads in the sand 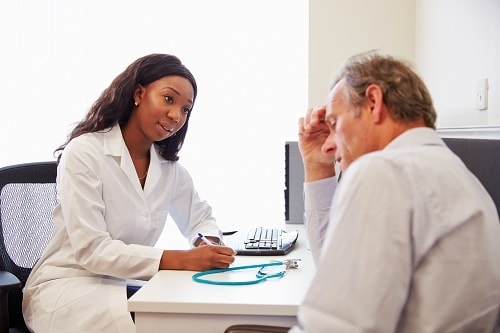 Employers urged to support Covid sufferers in their recovery

Employers are being urged to provide support for staff suffering from long-term health impacts of the virus when they return to work.

Desk-based workers should return to offices from 1 August, as long as it is safe to do so, but employers who open their doors should be wary advise lawyers.

Flexible working must be 'day one right', says CIPD

One in three office workers want to continue working from home after the coronavirus threat has passed, a survey has revealed.