Basildon Magistrates’ Court heard how Mr Christopher Wilson, a haulage driver, was killed in an ‘easily preventable’ incident while at work at Airfield Grain store, Parham near Framlingham, Suffolk on 30 August 2016.

The court heard how his raised tipping trailer made contact with overhead power lines that ran across part of the yard hard standing at store on the site managed by Nicholas and Roger Watts, partners of F S Watts & Sons. He was electrocuted and died at the scene.

HSE found in its investigation that the firm had failed to take suitable precautions for work near the overhead electric power lines despite recommendations given to them by NFU Mutual Risk Management Services (NFU RMS).

Mr Nicholas Watts and Mr Roger Watts each pleaded guilty to breaching regulation 3(1)(a) contrary to regulation 14, of the Electricity at Work Regulations 1989 and each was fined £9,500 and ordered to pay costs of £4,700.

Investigating HSE inspector Saffron Turnell said: “This tragic incident led to the avoidable death of a young father. This death could easily have been prevented if those in control of operations at the grain store had acted to identify and manage the risks involved and put a safe system of work in place.” 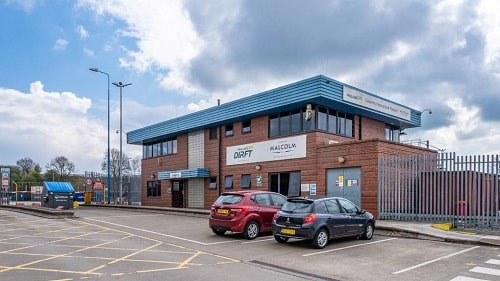 WH Malcolm Limited, operators of Daventry International Rail Freight Terminal near Rugby, has been fined £6.5m after an 11-year-old boy was killed by electric shock.