Chelmsford Magistrates Court heard how on the 27 July 2018, maintenance contractor, Rob Cranston, aged 46, was carrying out repair work on a mixing vessel during a planned period of shutdown maintenance.

It is thought that his welding torch or grinder accidentally ignited flammable Toluene vapour inside the vessel which should not have been present when the work commenced. Mr Cranston’s son Owen, aged 22, was working alongside his father when he was killed in the blast.

The HSE investigation found that a quantity of Toluene residue had been left inside the vessel after shutdown cleaning at the beginning of June 2018. Two damaged valves situated above the vessel in the Toluene supply pipe, were also found to be leaking.

Operatives had been instructed to transfer a large quantity of Toluene from one storage tank to another via this pipe which allowed additional flammable liquid to leak into the vessel which was supposed to be empty and clean.

In a Victim Impact Statement read out in court, Mr Cranston’s widow, Claire, said: “We married on 16 August 2003; he would have been 50 years old this year. He was so well-known and liked. I had his funeral at the Norwich Cathedral, there were over 750 people in attendance.

“This has obviously been horrendous for both our sons, particularly Owen having to deal with actually being there at the time. Our lives changed forever that day. We will never forget him and are only left wondering what the future would have held for us all together. We were still young enough to have had years of happiness ahead. He will miss seeing our sons’ lives develop and grandchildren in years to come.”

Briar Chemicals Ltd failed to take all necessary measures to prevent the explosion and pleaded guilty to a breach of Regulation 5 of the COMAH Regulations 2015. The company was fined £1million and ordered to pay costs of £10,967.20

Speaking after the hearing, investigating HSE inspector Mrs F Bailey, who lead the three-year investigation, commented: “This was a complex and highly technical investigation, due to the chemical hazards on site and the number of underlying issues which combined to cause the explosion. HSE hope that this case helps to communicate important safety messages to wider industry so that other fires and explosions are prevented in future.

“Any company handling or storing flammables should consider the potential risk of fire and explosion and ensure they have robust procedures in place to minimise and control risk at all times, including during planned maintenance work.”

The air we breathe

Lighting the way out of Covid

A subsidiary company of British Airways has been fined £230k after a man was left in a coma after a fall at work. 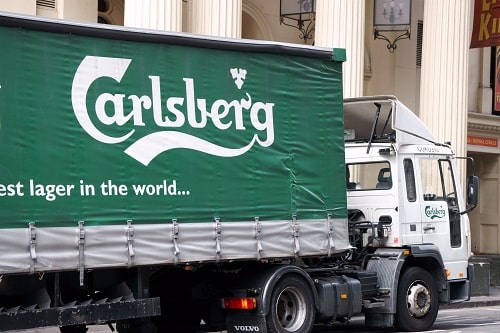