That’s 2,000 decisions per hour. One every two seconds. It’s therefore only right that our heads are given the very best possible protection, especially when working in potentially hazardous environments.

Safety above all else

It’s hard to think of workers without hard hats, but they haven’t always been as ubiquitous as they are today. Before Joseph Strauss insisted on them being worn during construction of the Golden Gate Bridge, they were largely optional, and workers died at a rate of one per every million dollars spent on construction in the US (according to goldengatebridge.org).

Thankfully, due to improved technologies and the introduction of extensive standards, like Directive 89/686/EEC introduced in 1989, and later Regulation (EU) 2016/425, hard hats are much more sophisticated and largely mandatory across the UK.

The fact remains, however, that even on a well-run, modern-day site, head injuries can still happen. Falling objects and other hazards, for instance, can do significant damage if the worker isn’t wearing their hard hat. Of course all PPE has its limits, and it is important to ensure the appropriate hard hat is worn for the specific application. In 2016, Eurostat reported that 254 people were incapacitated long-term due to head injuries at work in the UK; 39 tragically died.

The statistics are sobering, which is why helping to protect heads and save lives is, and always will be, the most important purpose of a hard hat. That goes without saying. But we believe that a hard hat is much more than its hard outer shell. Its job shouldn’t stop at safety.

There are a whole host of other associated benefits great head protection can offer: comfort, confidence, happiness, productivity and efficiency. All contribute to safety in their own way, but collectively they also help to unlock your workforce’s potential and improve business results.

You wouldn’t buy a pair of shoes that didn’t quite fit. Why? Because they would pinch your feet and hurt, perhaps hamper the way you walk, and probably make you a little miserable. The hard hat a worker wears on site for upwards of seven or eight hours a day is no different.

Work in potentially hazardous environments can be demanding enough without having to worry about head protection. But if the hard hat workers are wearing is ill-fitting, bulky, heavy, or poorly balanced, then they’ll probably do just that – worry. Or worse, they won’t wear it. A worker wearing a comfortable hard hat – one that’s balanced, fits properly, and works well with accessories – is free to concentrate on the job at hand and crucially, more likely to keep it on all day. This can be the difference between life and death.

From a business perspective, comfortable heads also contribute to a workforce’s general happiness and wellbeing, thus unlocking all sorts of benefits for workers and importantly, the business. Not least improved safety and minimised risk – both of which can help to mitigate financial liability.

When it comes to the head, there’s no tool more important or valuable. It’s only right that it gets the best treatment: a compliant and comfortable hard hat that helps workers concentrate on the job at hand and work efficiently.

Work on site – whether it be a building site or oil rig – comes with associated hazards and requires both physical exertion and mental aptitude, which is why hard hats need to be adapted to the worker’s task, his or her working environment, fit comfortably, work seamlessly, and provide the highest level of safety. If it doesn’t, it can impact workers’ confidence. Having confidence in your safety instils confidence in your work and a more confident worker typically makes for a happier, more productive worker. Forbes even suggests that a happier worker can be up to 20 per cent more productive.

Lots of things can contribute to a worker’s happiness on site, of course. But just like those shoes that don’t quite fit, an uncomfortable hard hat can bring the mood of your workforce down. Demonstrate investment in the wellbeing of your workforce with quality, comfortable hard hats that allow workers to focus on completing the job at hand as safely and efficiently as possible.

Delivering projects on time and in budget is a constant challenge and dependent on many different factors. It’s why, understandably, safety and project managers (and the like) are constantly on the lookout for anything that can make their business and/or project run more efficiently.

Well, what if the hard hats your workers wear could help? Wouldn’t you grab one with both hands? If efficiency is a direct consequence of improved productivity and happier workers make for more productive workforces, why wouldn’t you look after workers’ most valuable asset – their heads?

What’s more, add your logo to the hard hats and you’ll foster a greater sense of teamwork and pride. Your team will be proud to wear their hard hats and more likely to take better care of them, which means you won’t have to replace them as frequently. On top of that, putting your company logo on your hard hat will increase your company visibility and brand awareness.

“What can I say, I’m here. I’m eternally grateful that my V-Gard® hard hat has saved my life.”

Those are the words from a worker to Gary Bendoris, MSA UK industry sales manager, after a hammer fell from 25m on top of his head while performing maintenance works during an OGP site shutdown. Fortunately, he was protected by his hard hat.

This example illustrates the case in point. There’s much more to a great hard hat than its hard outer shell. It’s much more than just a hard hat. It’s a lifesaver. It’s a crucial cog in your operation. It’s an enabler of greater wellbeing, increased productivity and improved efficiency. It helps to instil greater confidence and improve your workers’ contentedness. And all-importantly, it’s what helps to protect their greatest asset and most valuable tool – the head. Make sure it’s looked after. 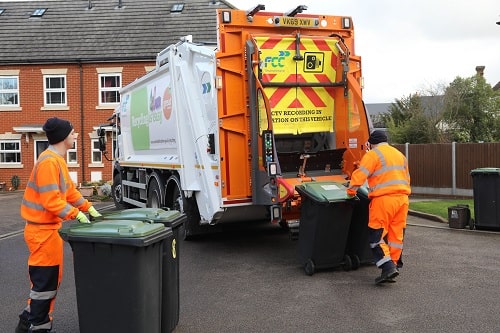 Working from home: the new normal

The ink had barely dried on guidance written for the waste sector in handling the coronavirus outbreak, before it was sent out to stakeholders to respond. Normally, new health and safety guidance can take months, if not years, to agree on and prepare – in COVID-19 it will be turned around in a week.

The common cold and Severe Acute Respiratory Syndrome coronavirus 2 (or Covid-19) may be opposite in the impacts they can have on human health, but they belong to the same family. Both are respiratory tract infections caused by coronaviruses.

When coronavirus is dominating the headlines, it’s easy to forget that 5,500 people will die this year due to past asbestos exposure. Yet, young people working today are also at risk. For asbestos awareness week (1 to 7 April), it's time to explore the issue.