Safety Management speaks to chair of the Hazards Campaign, Janet Newsham, about its approach to the pandemic.

“Do the government follow the science? No. They follow their political views and fit the science around it.” Janet leans forward to further push the point home. “They are prepared to put workers’ lives at risk. It’s always business first.”

In a summer of mixed Covid-19 messages, one organisation stood out with a very clear view about what should be done and what has gone wrong in the UK’s response to the pandemic. Hazards Campaign, a UK-wide network of activists and trade unionists, is led by Janet Newsham who explains the approach.

“We always hold employers and government to account and challenge inaction from enforcement authorities. I don’t think we could have taken any other approach than the one we always take.”

Though framed in the now ubiquitous video-sharing screen, Janet’s determination to hold people to account is evident from her home in Preston that looks more like a campaigning office with posters and slogans adorning the wall behind her. She has that campaigner’s ability to cut through complexity and get to the heart of the issue.

“We always come back to the principles of occupational safety and health. This gives us a solid foundation to work from. For example, we understand the control hierarchy and expect everyone to follow it: first we try to eliminate the hazard, then substitute for a less dangerous one using collective control and only individual PPE as a last resort. We also follow the precautionary principle and this gives us our direction. Covid-19 is just another risk in the workplace. If you follow these risk rules then you have to take the position we have taken. The government has not followed these rules.”

At the start of the pandemic there was a sense that everyone must pull behind the government and for most organisations, including those with an interest in OSH, this mind-set and consensus took a long time to break down. I ask Janet about nerves? “Of course, we have concerns all the time. We discuss what are the most important issues. It’s true that at the beginning we were going out on a limb a bit. But we have to stick to our guns and call things out. Thankfully on PPE, aerosol transmission, test and trace and the fact that workers’ health is also public health, we called it right.”

Safety reps on the move

Given Hazards’ links to the trade union movement, I ask Janet about the involvement of safety reps in helping make workplaces safer. Janet explains that it’s a mixed picture. “There are good employers who have worked with safety reps, such as Unilever and BAE. But there are many where they haven’t. For example, we know of one safety rep who developed solutions to protect people who had been shielding. He came up with ideas for team bubbles and other practical measures but management was simply not interested in having that conversation with him.”

Scotland seems to have a different attitude. In a radical move, the Scottish government, police, trade unions and safety enforcement bodies have, since 26 May, embraced the concept of ‘roving safety reps,’ something that unions on both sides of the border have wanted to see for years.

In a nutshell it means deploying trade union safety reps in non-unionised workplaces so they can offer their advice to workers and employers, as well as their experience in setting up consultation arrangements to ensure reopening of workplaces is safe. “I’m delighted to see safety reps have a bigger role. We need a positive campaign to tackle the distrust, prejudice and poor understanding of the role of reps whose role is proven to save lives, health and money.”

For Janet, this failure to embrace the benefits of safety reps is one of many missed opportunities. “There has been an absence of any seriousness in how the government, the regulator and some employers have dealt with the pandemic: too many non-essential businesses operating during lockdown, too much pressure put on businesses to get staff back into the workplace and too little enforcement action. Overall, too little collaboration.”

That was why she was delighted that Hazards Campaign was asked by Independent SAGE, the science body led by Sir David King to provide independent advice on Covid-19 to government and the public, to contribute to their workplace charter. “They wanted our knowledge and experience in OSH and empowering workers. Their approach in creating the charter followed our own: demanding that we follow the precautionary principle for all workers, including those not directly employed.”

The performance of HSE

When it comes to how workplaces have been regulated through the pandemic, Janet believes “HSE has gone awol”. The problem started early.

“HSE immediately shut down, with very few inspections going on at the start. Yet we saw people in non-essential construction continue to work and be injured and die of Covid-19. The lack of enforcement of rules and protection of staff or the vulnerable in the care sector has been shocking.”

Janet explains that Hazards wrote to Martin Temple (then chair of HSE) and Sarah Albon. “We had a poor response along the lines that HSE is working closely with Public Health England. We followed up with questions about non-essential work and why was it that people who came into contact with infected people at work did not have to isolate. They didn’t write back!”

Her voice hardens when she recalls the mistakes over obvious future hotspots. “We have known for years about the poor working conditions in Leicester’s garment industry. It is endemic. HSE should have been visiting them immediately. Precarious workplaces should be no 1 for inspection and if you’re not getting those right, then you’re in trouble. Same with employers of cleaners, going in and out of care homes. They all needed more controls.”

Ultimately, this is political. “The government sees workplace health and safety and the HSE as irrelevant. Even though most evidence shows that work can be a key factor in transmission, HSE were not invited to take part in the daily briefings. My suspicion is that they didn’t want to shine a spotlight on work for the usual ideological reasons.”

Making a difference: but will it last?

There has been some progress though. Not one to dwell on successes, Janet did admit that they have influenced policy. “The original HSE procedure was to ask people to register concerns and give their names for identification purposes. We wrote to MPs as we were concerned about vulnerable workers. People who are under threat of not getting a work contract or enough hours, simply won’t give their names. We said as much to HSE and they did change this. So I like to think we have made some difference. Not enough.”

Not enough is the mantra of a campaigner. Not until death, injury and illness is eliminated from the workplace. An aim like that can be exhausting, potentially debilitating. It’s important that successes are recognised and even more important to understand that change is in the air. Will this focus on health, on protecting workers and the links between occupational and public health positively change the future for organisations like Hazards? Janet is tentative.

“You would hope so. It has been interesting to see more people talk about the importance of health and safety and people do want to know about hierarchy of control. But you know – look at Grenfell. That should have been enough – but it wasn’t. If anything, government will use it to relax protections, as we suspect Brexit will be exploited for.”

In a very modern twist in these culture wars, it is the politics of division that can win out. Janet brings up the school debate over the summer to show how the importance of workers’ health was diminished by falsely opposing it to the need to educate children.

“The trade unionists in schools were clear about what needed to be done to make a school safe for pupils, teachers and all the others. Yet they got battered by the press and the government as somehow against child education. Unfortunately the Labour Party is behaving as if politics is a popularity contest and the unions didn’t get their support. Now we can see transmission is increasing and schools will be playing a part because not enough have the controls in place. If you are going to rush children back to school you have to have these risk controls in place.”

Still, with the pandemic, Janet does see hope. “Some of the ignored workplaces, like cleaners and care workers, have suddenly because of the pandemic seen a new interest and value placed on good health and safety. We have to keep this going. The pandemic has also promoted trade unions and the work of safety reps.”

I would say the pandemic has drawn attention to the state of our health and health inequalities, of lack of investment and our public health preparedness, of how we can live and work in a more sustainable way. If that means more people going into the safety field and more value placed on their work, then there is at least a chance for real change. But it won’t happen without a fight. As Janet says “the dangers are foreseeable and preventable. That is why we remember the dead and fight for the living.” 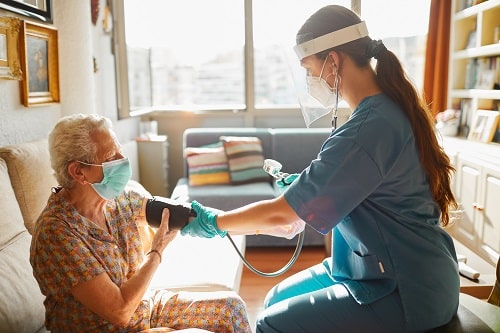 The power of numbers in fighting a pandemic

For many of us the story of the pandemic has been shaped by numbers. 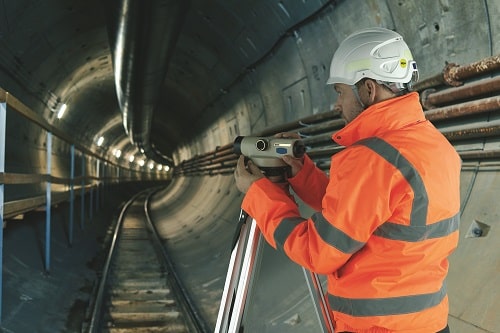 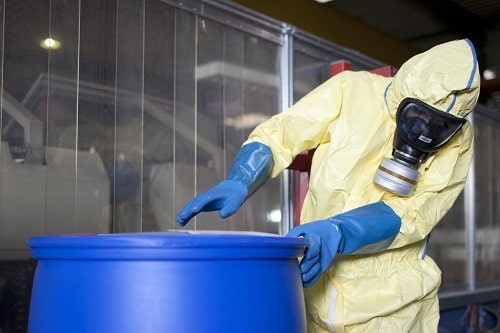 UK businesses may have to continue to meet any future new European Union exposure limits for carcinogenic substances at work if they are to avoid compensation claims.