But in the run-up to writing this column, we have seen reports of 300 workers in an English food factory testing positive for Covid-19. For the British Safety Council, with its vision of no one being injured or made ill through their work, this is a red flag.

The UK government is not alone in failing to manage what is a global pandemic. But the level of incompetence that has put the country towards the top of the deaths-per-million-inhabitants league means that we wish to join the calls for an urgent, interim and public inquiry.

The full story and lessons learned will require the sort of detailed process that has occurred after major disasters – Flixborough, Clapham, BSE, Piper Alpha, there is a long list of names of inquiries that have sought to explore in detail why the disaster occurred in order to prevent a recurrence.

But we cannot wait for years if the mess that has already been made by policy and practice missteps are going to continue, through a second wave of a pandemic, we may need to live with for a lot longer.

We should recall that as the pandemic struck, we became aware of areas of preparation that many assumed were already in place for something that was always in recent years at the top of the national, governmental risk register.

In fact, the austerity programme for the NHS had over several years run down the stockpile of PPE, which the National Audit Office reported was lowered by 40 per cent over the six years before 2020. To compound this, although a three-day simulation of a pandemic Operation Cygnus was conducted in October 2016, the recommendations on preparations including stockpiling PPE were never implemented.

Workers in hospitals and care homes were inadequately supplied throughout the peak of the outbreak from March through to June while untested hospital patients were discharged to those care homes – and their exposure to risk at work resulted in illness, staffing issues and deaths.

The failure to properly provide PPE to workers at risk is a health and safety issue usually addressed by HSE – but no action has been reported against any employer, or the government.

Workplaces have been identified as key venues for contracting the virus. We have been reminded of this through many stories – the current small outbreak in New Zealand seems likely to relate to a cold store receiving surface-contaminated equipment, there have been large outbreaks in meat processing plants in the USA, and even in Germany, one of the exemplars for managing the pandemic.

Now in the UK, a Northampton sandwich factory has recorded about 300 cases – and there are three problems highlighted by this. First, UK official guidance on workplaces has been partial, contradictory, issued late and piecemeal.

In construction, for example, government ministers in March stated that lockdown did not apply to sites and urged them to keep working, yet it was nearly two months before the government published guidance on how to do this safely.

Second, only through operating an effective Track and Trace system can any workplace – and this applies to schools as much as factories – operate with any confidence that anyone in contact with the disease will not become the secondary source for an outbreak among their work colleagues.

Yet Track and Trace in the UK is not working properly. Only about 50 per cent of potential contacts are traced, and you cannot get a test unless you have symptoms – the only reason we know about the large outbreak in Northampton is that the employer paid for extra testing – and even if you are a contact, there is no compulsion and no support for isolation.

Why isn’t Track and Trace working?  There are many explanations, but part of it is undoubtedly the sidelining of local public health teams in favour of large contracts to private companies with no previous knowledge and experience, under the governance
of a Conservative Peer businesswoman with no prior experience.

In any event, whatever Track and Trace identifies, in our deregulated economy in which millions are ‘self-employed’ and gig workers, there is no proper financial support for staying at home for a one or two-week quarantine. The choice of not eating and not paying rent against the risk of infecting others is not much of a choice.

Yet other countries have been able to make use of underutilised hotels to quarantine, and have enhanced sick pay to encourage isolation.

So late guidance on Covid-safe workplaces, inadequate Track and Trace and no support for self-isolation. A combination that explains why workplaces are key for maintaining a steady flow of new cases, keeping the pandemic going in the UK.

There are many other examples of government mistakes – the recent mess in education over A-levels and university places; the progressive death of both the high street and of the artistic performance economy; the failure to make use of one of the world’s most powerful laboratory networks in favour of an inadequate and slowly ramped-up privatised facility (Sir Paul Nurse, one of the UK’s leading scientists, has explored this in some detail); and the foreign travel quarantine debacle.

On top of this, a high death rate that was underpinned, according to Professor Marmot, by the impact on public health of 10 years of austerity. His report shows that the poorer you were, the more was taken away from you and the worse your health status was when the pandemic struck.

Above all, for the British Safety Council, workers who are helping to keep the economy going and are vital to the recovery – health workers and care workers, transport workers and people in the food supply chain, workers vital to all of us whatever our status, class or age – are still at risk from the unacknowledged mistakes and failures made during the first six months of the pandemic.

This isn’t about blame and criticism, in health and safety we focus on what happens next based on understanding why history was the way it was. The Office for National Statistics has published data showing that work categories, such as construction, have been disproportionally adversely affected by Covid-19.

This is not just a public health disaster – it is a workplace and work people risk that hasn’t been managed as well in the UK as elsewhere. That is why we are calling for an urgent and quick review to identify the early lessons so that a proper plan; a publicly published strategy, can be put in place to manage what may be a resurgence of disease in the winter.

Over 45,000 have died in the UK directly from Covid-19 and the excess deaths in the period are over 60,000 – we owe it to those whose deaths may have been preventable to learn the lessons and implement them now. 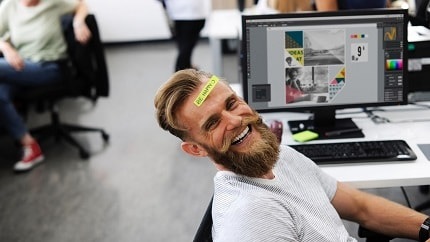 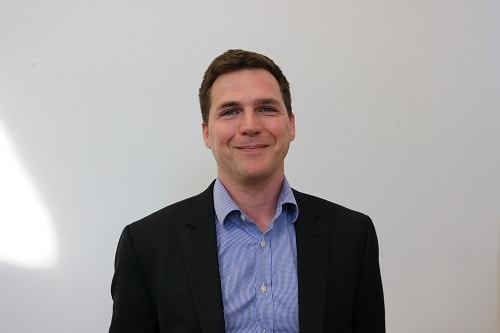