Manchester Minshull Street Crown Court heard that in the summer of 2015, to support the construction of the A556 bypass in Cheshire, work had started to build a pier designed to eventually support a bridge. This involved erecting a steel cage.

On 3 August, two workers on a mobile elevated working platform (MEWP) were working on the structure, when it collapsed. The cage crashed into the MEWP, causing it to fall on its side.

The first employee sustained life changing head injuries and the second a leg fracture. A third worker nearby escaped injury by moving away just in time.

An investigation by HSE found there was no temporary support for the reinforcement cage during construction of the central pier.
Costain Limited was principal contractor and Brenbuild Limited – which was also fined at the same hearing - was appointed by Costain to construct seven bridges and an underpass.

Costain Limited and Brenbuild Limited were both aware the cage was visibly leaning and that workers on site had raised concerns, the court heard.

Neither company recognised the inherent instability of the reinforcement cage or took measures to ensure the work could be carried out safely. Brenbuild Limited failed to stop work to prevent injuries from the risk of collapse and to implement control measures to prevent instability. Costain Limited failed to plan, manage and monitor construction of the central pier.

Costain Limited of Vanwall Business Park, Maidenhead, pleaded guilty to breaching sections 2(1) and 3(1) of the Health and Safety at Work Act 1974. The company provides construction and engineering services and is part of Costain Group, which posted a turnover of £1,155.6m in 2019. The firm was fined £1.2million and ordered to pay costs of £21,644.51.

Speaking after the hearing, investigating HSE inspector Deborah Walker said: “This incident could have been easily prevented and the risk of collapse should have been identified by both companies.

“If a suitable safe system of work had been in place, this incident would not have occurred, and the two workers would not have suffered these injuries.”

We can build back better

By Belinda Liversedge on 15 January 2021

An operative required major surgery after getting trapped in the ‘in-running nip’ of a machine which was manufacturing After Eight chocolates. 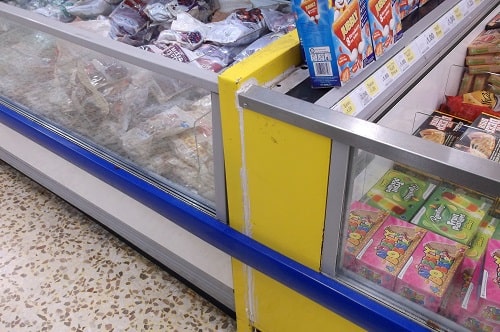 By Belinda Liversedge on 22 December 2020

Tesco Stores Limited was fined £536,000 last week by magistrates after a 10-year-old child got an electric shock in its branch in Warfield, Bracknell.

By Belinda Liversedge on 03 December 2020

Two recycling firms are to be charged over the deaths of five African men who were fatally crushed by a collapsing wall at a site in Birmingham over four years ago.