There was a general truce right at the start, which was intensified when the prime minister went into intensive care. Boris Johnson provokes strong emotions, but when his life hung in the balance politics as normal was off the agenda.

However, the government is coming under increasing pressure and the new leader of the opposition Keir Starmer’s forensic approach to prime minister’s questions in the House of Commons is a new headache for the government.

The House of Commons chamber has not been able to replicate its inherent character in a Covid-19 secure form. With the number of MPs allowed physically into the chamber limited to 50, the usual shouting and cheering is gone.

Instead we are treated to an insight to a politician’s home study – although most MPs have settled on the plainest possible backdrop for fear their bookcases will be overly scrutinised. House of Commons select committees have done a better job of holding the government to account and bringing in a wider range of witnesses.

Lobbying of government has also continued throughout the crisis, with trade unions flexing their muscles maybe more effectively than they have done for a while. When a government starts calling on industry and employers to step up and act in the national interest it is also usually ready to be more pliant.

While the teachers’ unions have divided opinion on school openings, the TUC has been active behind the scenes, working with the CBI and HSE on developing the government’s guidance for employers. One can assume that the big pharma companies involved in developing testing and searching for a vaccine will also have a wish list.

The NHS continues to emerge as a national hero and there is pressure on the government to ensure that public sector workers’ pay is protected despite the threat of cuts to public services – almost two-thirds of MPs believe pay for NHS and care workers should be higher, while 56 per cent say the pay packets of key workers such as bus drivers should also increase.

Our asks of government will have to adapt as well. As we emerge from the lockdown, government will be making decisions that could have an impact on public policy for many years to come. The British Safety Council has been clear that safer workplaces must be very near the top of the government’s priority list.

Throughout we have been working with employers whose workers are at the frontline, including healthcare workers and essential workers in retail, manufacturing and construction. The rush to see the economy recover cannot be used as an excuse to lower work standards.

As the lockdown ends and we see the return to normal life, we have a real opportunity to honour workers. What better mission than to embed real improvements in all of our working environments?

Home working: how are we coping?

How to avoid the legal pitfalls

Before the coronavirus outbreak, health and safety was often seen as additional ‘red-tape’. Now, employees returning to work after having been told by the government to stay at home for their own safety will have increased health and safety concerns.

Do we still need live health and safety events?

By David McAllister and Laura Jones on 01 July 2020

Two industry spokespeople give their view. 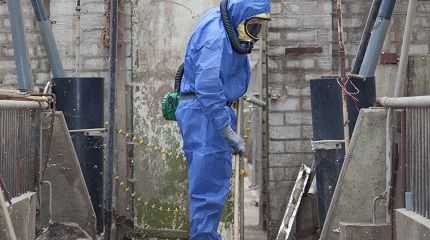 In every organisation there is the need to focus on what really matters, the core of the business, the activities designed to achieve the Vision and pursue the Mission.