The shocking global statistics can be overwhelming, hard to swallow and can even alienate individuals. It makes us feel powerless. However, there are many ways that we can decelerate environmental decline.

Our dependence on plastics and the resulting pollution of oceans was the focus of a recent Blue Planet episode and has had a tremendous impact on public awareness. Greenpeace, among other NGOs, has, too, highlighted the extent to which plastics are seeping into all aspects of natural life, from choking turtles – one in three turtles and 90 per cent of seabirds have eaten plastic – to tiny plastic particles being found in our drinking water.

Thankfully, we have recently seen some evidence of governments and corporations taking responsibility to promote some change. Perhaps the most well-known UK initiative is the introduction of a charge on single-use plastic bags. Since 5 October 2015, the law requires large shops in England to charge 5 pence for all single-use plastic carrier bags. The rest of the country also has the legislation in place. According to the government, by January 2018 this had resulted in more than 80 per cent reduction in plastic bag usage in England.

Donald Trump’s decision to pull the United States out of the Paris Agreement on climate change doesn’t exactly instil hope for those of us who are environmentally conscious. The US is now the only country to reject the consensus to limit global temperatures and greenhouse emissions, but pressure groups and campaigners continue educating people about the need for action to protect the environment in every walk of life.

After graduating from university in 2016, I engaged in a few recycling projects with Envirocomms, a communications company dedicated to working exclusively within the waste and resource recovery sector, and Green Rewards, dedicated to encouraging people to take positive steps to live more sustainably through reward and recognition. I worked in various London boroughs. Generally, the aim was to gain feedback on the effectiveness of recycling and waste collections and to improve recycling rates. Engaging with members of the public, mainly at their doorstep, was an eye-opening experience.

While the majority of people were concerned about environmental issues and wanted to recycle as efficiently as possible, many accepted that in practice, they weren’t doing so. Their reasons for not abiding to waste collection regulations were confusion, a lack of understanding concerning the separation of materials, and lack of time.

One of my duties was to ask residents if they wanted an additional wheelie bin, or a different sized one. We aimed to avoid providing another, bigger rubbish bin, because the majority of household waste can be recycled. We were attempting to shift people’s perspective: instead of having a bigger rubbish bin, increase your household recycling.

A frequent complaint from residents was about items made from multiple materials; usually these were clothes, large toys and bulky items. One point that became quickly apparent was the frequency with which people found themselves with a bulky item that they no longer wanted, but couldn’t be bothered to dispose of properly – or pass on to willing others.

Recycling and waste collections are primarily to take household waste, which can be turned into new tarmac, insulated clothing, plant feed and, in the case of organic materials, even into energy. However, most collections do cater for special considerations, such as clothing and bulky items. Admittedly, not all local waste collections cater for food waste and not all households can accommodate a compost bin, which is a great shame as rubbish bins fill up quickly with used tea bags and orange peel, which could be processed into energy.

In our consumerist society, the three R’s – reduce, reuse and recycle – become ever more pertinent. Reducing can simply amount to exercising some self-restraint when in a shopping centre. Reuse plastic drinks bottles, even if only for a short period. Recycle cardboard egg boxes to plant seeds in or use plastic containers to protect growing plants.

The ‘Latte Levy’, currently being introduced at numerous coffee shops, reduces the price of your drink by varying amounts – 20, 30 or even 50 pence – when you use a reusable eco-coffee cup. Many residents I spoke with were unaware that most single-use coffee cups aren’t actually recyclable, due to their inner plastic lining.

If, like most, you purchase a barista made coffee at least once a day, you can save some pounds and simultaneously reduce the amount of coffee cups which end up in landfill every week. An estimated seven million single-use coffee cups are bought every day in the UK. These decisions are no-brainers.

Encouragingly, Morrisons is now letting customers use their own food container for fresh meat and fish, as well as having fruit and vegetable aisles free of plastic packaging.

If corporations are bowing down to pressure from environmental agencies in this way, why aren’t we all following in their footsteps?

Armed with the right information we can make a difference by making small changes in our daily routines. We can do this domestically and in the workplace and it can be as simple as using a reusable water bottle, rather than using and disposing of a plastic cup every time we have a drink.

There is no justification for leaving a tap running when brushing your teeth, or for leaving your vehicle’s engine running. By wasting water in our households we are using up a finite resource which should be cherished. It’s also in our interest financially to reduce our consumption. Donate clothes to charity shops or leave them for your recycling collection. Refuse plastic straws in your drinks, there are bamboo alternatives that are biodegradable and stronger – as well as bamboo toothbrushes.

Several food outlets have pledged to ditch plastic straws altogether, for paper alternatives. Just a few days ago Starbucks announced it will eliminate plastic straws from its stores globally by 2020, in a nod to the growing push for businesses to be more environmentally friendly. Similarly, last March, McDonald’s said it would switch to paper straws in the UK and Ireland by next year, and test alternatives to plastic straws in some US locations. In February, Dunkin’ Donuts said that it would eliminate polystyrene foam cups from its stores by 2020. Thankfully, the list goes on.

But the responsibility to protect the world’s natural resources, and improve our lives as a whole, lies with all of us, not just governments and big businesses. While pushing for environmental legislation and best practices, let’s also try harder as individuals to enact these necessary practices. It is a job for you and me, and everyone we know.

Rex Baker is education co-ordinator at the British Safety Council

A back to basics approach to waste minimisation

Earth Day: Three facts about climate change that everybody should know 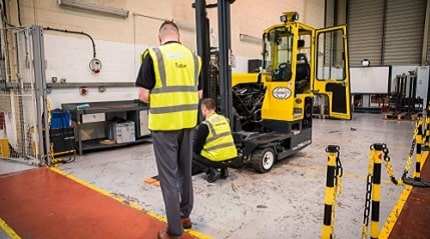 When hiring operators of workplace transport equipment like lift trucks, it’s vital to know how to check the validity of their training certificates. 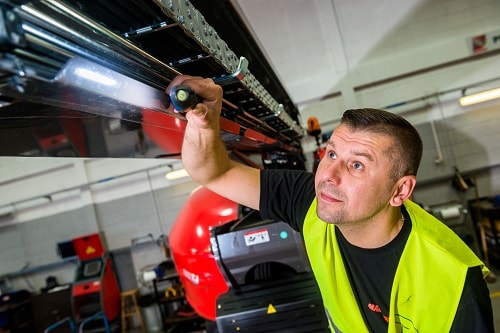 Thorough examinations of forklift trucks are vital to ensure they remain safe to use. 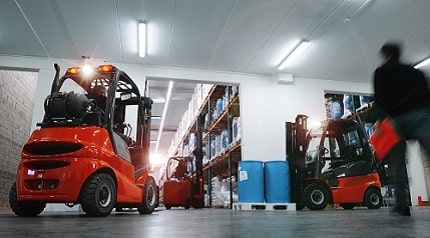 Forklifts can pose a serious risk to nearby workers, highlighting the importance of adequate segregation, appropriate training and regular monitoring.