Every 31 hours, someone takes their own life on the railways in the UK rail network. It is 10 times more likely to be a man.

This terrible statistic has repercussions on innumerable people – families and loved ones – but also on the workers who have to come face to face with suicide during the course of their work.

Writer and actor, Kieran Knowles, a graduate of LAMDA, whose first play Operation Crucible garnered four star reviews, also spent several years working in a facilities department of a train company. His experiences led to 31 Hours, the story of four men who clean up the aftermath of rail suicides. We caught up with Kieran to find out more.

I was becoming very aware of articles on men’s mental health, on suicide rates and on the stigmas being attached to conditions. I was working for a train operating company at the time in a maintenance department and was also becoming more aware of the economic impact of suicides on the rail industry and the logistics involved in clearing up such incidents and the sheer number of people involved. I thought it was a fascinating juxtaposition, the logistical impact of suicide meeting the emotional journeys of those who decide to end their life this way. There is also a distinct moment when a body becomes an obstruction and an inconvenience rather than a tragedy in this setting and I thought that dehumanisation could and should be explored.

I wrote the core of the play in late 2015 and early 2016, and used a Samaritans document commissioned by Network Rail in 2014 as the crux of my statistical research. I found out that every 31 hours someone takes their own life on the UK Rail Network, that the delays cost the government an estimated £33 million each year. That there are three interventions [reported, or unreported, formal approaches by members of staff or concerned members of the public] for every suicide and that the biggest killer of men under 50 is suicide. I also read all of their guidance documents for dealing with this subject matter. I immersed myself in stories and articles about suicide, and also read whatever I could get my hands on from other charities about the subject too. Most prudently, I found out this year, that recent efforts from the Samaritans to train staff on how to identify signs in those who might be contemplating suicide have been successful and that the number of interventions is rising which is an incredibly positive thing.

Do you believe that talking about our mental health, as some say, is the way to improve it. Does the workplace have a role

I think it is society’s role to encourage people to talk about their mental health, it is on all of us. Workplaces have a duty of care, obviously, and I am sure there is more that organisations can do to help people, but I think to reduce it to professional codes of conduct adds another formality on our approach to this.

I’m not a doctor, and I don’t think I am qualified to offer any definitive answers, but I think we need to criticise the way men form social structures, we need to criticise the function and definition of ‘man’ in a changing social arena, and we, as men, need to open up about our issues to anyone and everyone who might be able to help. If the biggest killer of young men was a new virus, we’d all be ploughing money into research, all of us, we wouldn’t accept it until we had eradicated it. But it’s suicide – we are killing ourselves and we need the same investment, and the same determination to deconstruct this and find a solution.

Is it important to bring change on mental health with humour and compassion (a feature of your play). Did you seek to make this point at all

Humour is important for all of this. For the men in the play humour is a coping mechanism, if you can belittle serious subjects into a laugh, then the issue of dealing with it becomes less serious. In a dramatic sense humour is important because people are paying to come and see a piece of entertainment, so to keep them entertained while dealing with some fairly serious topics is fundamental. If you don’t provoke a smile from an audience member for an hour and a half, you will have a very difficult time provoking empathy. So there is a structural and an observational purpose of humour in a play like this.

In Operation Crucible you wrote about four steelworkers in the Sheffield blitz of 1940. What is it about the railways that made you choose it as the setting for four workers facing other challenges

I think the two plays are examinations of friendship and more broadly community in the most difficult times, one during a physical war, and the other during internal battles, and I hope that the two work as companion pieces in some strange way. In Operation Crucible the characters would die to protect each other and know their colleagues inside and out, in 31 Hours the men can’t articulate their concerns without feeling self-conscious or inferior. I think, to draw a comparison would be to call into question the progress we have made in the last 75 years. I suppose the adage ‘write about what you know’ comes into play with the setting. I spent four years working in a facilities department, organising repairs at stations, and wrote the majority of this play on my daily commute. I like watching people be good at their job. I think there are a lot of plays written about competence in skilled workplaces, but there is a real beauty to watching difficult labour intensive jobs be completed with great competence, and I don’t think there are many more difficult jobs than this.

Mental health is surely about recognising we are individuals and human, even in the workplace where we work as a collective. What do you think about this

I think this is absolutely right. In fact I think the opposite assumption, which is to say this could never happen to me, is the most dangerous, because every single human is only a few unique trigger points away from self-destruction. Believing you are impenetrable and immune merely perpetuates the social perfections, stereotypes and the acceptable behaviours which culminate in feelings of disorientation, depression, anxiety and so many more. That’s what makes this such an issue, there is no one size fits all approach, this is about understanding where the pressures are coming from and how they affect different people in different ways. It’s an individual issue, which needs global understanding – complex.

31 Hours is showing at the Bunker Theatre, Southwark Street, London Bridge from 3 to 28 October. There will be a special Q&A with Kieran Knowles and Louise Ward, policy, standards and communications director at the British Safety Council, after the show on 17 October.

For the chance to win two complimentary tickets to see 31 Hours, email your interest to [email protected] 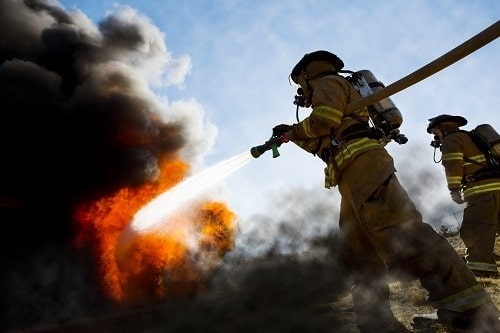 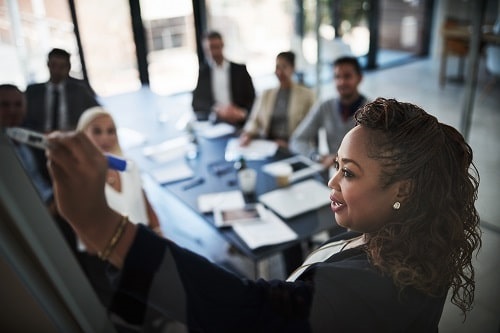 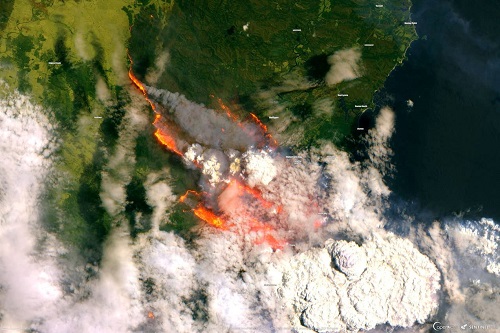