“We all have much to thank to the people who have made our workplaces healthy and safe,” she said.

With dancing and a three-course fine dining experience, the event held at London’s Grosvenor House Hotel was an opportunity to share in the joy of each others’ successes as well as to come together as an industry in a common cause.

There were cheers from the tables as each winner of the sector awards – a tough category demonstrating outstanding performance in health and safety – went up on stage to receive their accolades. Perhaps the loudest cheers came from Arsenal Football club, winner of the hospitality and catering sector award, who showed they also know a thing or two about making some noise.

Jitters were felt among the young health and safety champion category (16 to 24 years). Ben Ealey-Newman, 20, of Cobham Antenna Systems was in the running again after his win in 2016. But it was Sophie Harwood who scooped the prize for her work at Waldeck Consulting. She had impressed for her role in helping to develop new health and safety policy at the Sleaford-based technical consultancy, for creating and giving toolbox talks and setting up safety walk-rounds. 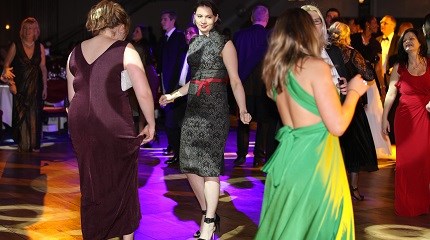 International Safety Awards have been held now for 59 years and there was an added sparkle to 2017’s event, the British Safety Council’s diamond anniversary year. Guests were treated to ‘British Safety Council at 60’, a film which explored the history of the organisation and safety’s changing times through fascinating archive footage; workmen dressed in their Sunday best while tiptoeing along the edge of buildings, a giant safety poster competition that made the Guinness Book of Records and other bold campaigning work to raise safety’s profile, including taking an elephant to parliament.

But it was a night to reflect on the serious issues too, including mental health, which was given an emotional address by Paul Farmer CBE and CEO of Mind. Despite the problems, he said, we must appreciate the progress we’ve made in Britain in tackling the mental health taboo. He said it is even reflected in our language, the expression ‘round the bend’ dating back to the mental asylums that kept people tucked away out of society’s sight, behind the bend in the road. Today, British people are “allowing our famous stiff upper lip to tremble a little,” and we are talking about our problems in the open.

He praised the efforts of Mates in Mind, a new programme launched by the Health in Construction Leadership Group with the support of the British Safety Council to improve the mental health of the 2.1 million construction workers in the UK. He also urged the men in the audience to share their problems more. “Women are better at it,” he said and showed an eye-grabbing campaign video from Time to Change, ‘be in your mate’s corner’, which showed the power of friendship, set in a boxing ring.

Karl Spencer, managing director of Your Safety PAL, sponsor of the construction and properties activities sector award, told Safety Management that he also has a personal message for award winners:

“Winning a British Safety Council award should be held in high regard, the company or person receiving that award should be proud and be proactive in spreading their knowledge for betterment in health and safety to reduce accidents even further.”

Get up off that thing

Research shows that just one in four outdoor workers in the UK wear sun cream to protect themselves from UV radiation, so it’s vital employers do more to warn workers about the health risks from sun exposure.

Get up off that thing

The move to home working may increase the prevalence of ill health and obesity if workers spend more time sitting, so it’s essential employers encourage staff to exercise more.

Employers should continue to carefully control the risk from Covid-19 at work, despite the lifting of most legal restrictions in the UK.