Scientists at the Department of Medicine at Columbia in New York used hip-mounted activity monitors to measure inactivity in 7,985 adults over 45.

They found that those who sit for one to two hours at a time without moving have a higher mortality rate than people who are able to break up time spent sitting. This was the case even if overall the length of time spent sitting was the same for both groups. 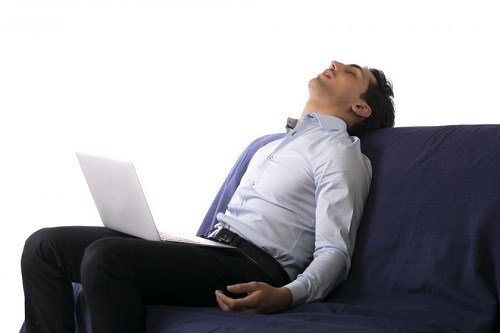 But those with the greatest amount of sedentary time—more than 13 hours per day—and who frequently had sedentary bouts of at least 60 to 90 consecutive minutes had a nearly two-fold increase in death risk compared with those who had the least total sedentary time and the shortest sedentary bouts.

“Sitting really is the new smoking,” said study co-author Monika Safford. “We need creative ways to ensure that we not only cut back on the total amount we sit, but also increase regular interruptions to sitting with bursts of activity.”

The findings, published in the Annals of Internal Medicine on 11 September, come after an Edinburgh University report that found adults of working age are more sedentary than pensioners.

Tessa Strain lead researcher of the study based on data from over 14,000 people in Scotland said: “Large parts of the population are dangerously sedentary. We need to tackle high levels of sedentary time in early and middle age, when patterns may develop. Our findings suggest that changing habits in the workplace could be an appropriate place to start, given how much time we spend sitting there every day.”