There was little doubt about the main theme of the Congress. Sunday's opening ceremony, with presentations by the Singapore Prime Minister, Congress President and leaders of the ILO and ISSA, all made the same point that it's now time to act on a belief that all work-related accidents and illnesses are preventable.

This 'vision zero' is graspable if the right approach is taken to empower individuals with the right knowledge and skills, and if good work can become the norm. The theme continued into Monday with the launch of ISSA's Vision Zero campaign, a celebration uplifted by waving flags, dancing drummers and bright visuals (see headline picture and below).

Of course with 2.78 million deaths at work a year, costing $2.97 billion (ILO), this vision seems a little far off. Is there not a danger that Congress falls into a gap between rhetoric and reality - a gap of its own making?

The global economy is deeply fragmented and unequal and though leaders of safety and health remain adamant that change can be delivered and speakers spoke about a range of interventions, from the role of inspectors to customised training to insurance, the feeling persists that a truth glossed over is still a truth.

Though the UK's Kevin Myers made a good point that inspectors can trigger more worker involvement - commonly believed to be critical to preventing deaths and illnesses - with inspectors dwindling and investment in public services threatened, how many workers are going to see these inspectors?

Congress is, however, very good in recognising the changing world of work and the kinds of risks it can create. Since the last Congress in 2014, the pace of change has increased and now there is much more talk of automation, precarious working practices and the 'gig'-economy (also called here 'Uberisation').

Technological change seems to be overtaking anxieties around demographic change as the 'big one' for the safety and health community to get to grips with. ISSA's President Joachim Breuer gave a thought-provoking talk  of the risks: digital platforms that demand 'likes' can generate conditions where workers have to put up with unacceptable behaviour; where workers are turned into independent contractors they can lose influence over their working environment; and vitally where you have people and AI machines working together, who owns the risk, and therefore controls it?

If that last question is ignored then workers lives may well be put at risk in a new form of 19th Century laissez-faireism. President Breuer's brave stab at this was to call for liability to rest with the software developers - a logic that has appeal but likely to be vehemently opposed. 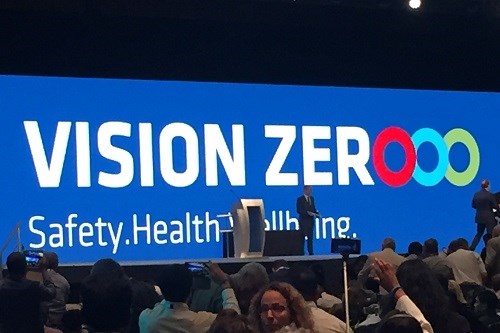 With so many OSH leaders present, Congress is also an opportunity to listen to the latest research. Christa Sedlatschet from EU-OSHA delivered a presentation on how EU member states are implanting OSH strategies at the country level.

There was a rich gathering of material showing how member states are keeping up with requirements to track existing, new and emerging risks and demographic change. There is also a new EU-OSH information system in the offing, though it is unclear when this work will be completed - some talk at Congress of a release by the end of 2017.

Monday's Symposia on 'OSH in the new digital world,' once again returned to a main topic of the Congress. A range of experts from Germany, Finland, Slovakia and Australia spoke. The one that grabbed attention was Cameron Stevens from Australia who pointed out that all OSH experts are futurists - they are all about predicting and mitigating risks before accidents occur.

He continued his interest in OSH professionals and the value they will bring once automation gets hold of many of our jobs. For Cameron, some of their role will be automated but OSH training for professionals needs to focus on those human capabilities that are essential and irreplaceable (according to Cameron) - curiosity, empathy, design thinking. This requires a mind shift in the industry that he for one is still waiting to see. 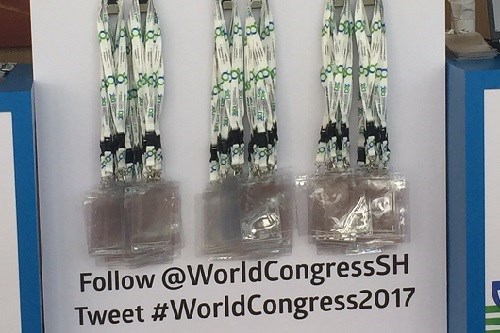