In the survey of 1,000 British BME people, it was found that although 47% said they had been verbally abused because of their race, only 1 in 5 (20%) reported the bullying. And one in six (16%) said they were treated less well after making a complaint.

The report, Is racism real? says government has tended to tackle race discrimination in terms of access to work rather than examining the problem as it happens in the workplace.

Alongside the findings, the report calls for new legislation to require companies to publish a breakdown of employees by race and pay band, to stop BAME workers getting trapped in low paying jobs. 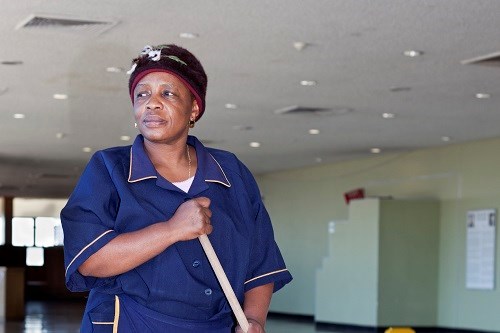 Respondents reported wanting to leave their jobs, but mostly not being able to due to financial impact.

TUC General Secretary Frances O’Grady said: “Racism still haunts the Britain workplace. Racist bullying, harassment and victimisation should have no place anywhere, least of all at work.  And it’s clear that people are being denied opportunities because of their race.

“Employers must take a zero-tolerance attitude and treat every complaint seriously. It’s a scandal that so few black and Asian workers feel their bosses are not dealing with racism properly.

"And it's unacceptable that shop workers, bus drivers and street cleaners face racist abuse from members of the public. The government should change the law so their employers have to protect them."

The report follows the European Human Rights Commission Fair opportunities for all strategy released in August.

It called for the government to extend the statutory requirement to report on gender pay gaps to disability and ethnicity to encourage employers to consider the scale and causes of all their pay gaps.