Designed to resolve disputes ‘promptly, fairly and in a transparent way’ the changes apply from 1 September.

They include a fully independent panel set up to consider disputes. It consists of a lawyer – acting as chair – and two others who have practical experience of management of health and safety.

Previously, disputes were considered by a panel with two HSE members and one independent.

Other steps are included in the new guidance on the process, published on HSE’s website to reflect the adjustments.

The new query and disputes process follow a six week consultation that ran from April until 2 June this year.

Broadly, respondents agreed with the proposals, but pointed out some caveats, which have mostly been addressed.

The revised process will mean, for example, more sharing of information on which decisions are based - something lawyers have said was lacking in the old system. The dutyholder will receive all the ‘relevant information’ on which the inspector based their decision, why a contravention was considered to be a material breach and how and why costs have been incurred, within 21 days of their lodging the dispute.

Overall 60% of respondents were for this proposal. But, Keoghs LLP, among the 40% against, commented in the consultation: “HSE should not provide more, or additional, evidence to the adjudicating panel than that was relied upon by the Inspector at the time he / she formed the opinion that the duty holder was in material breach.”

The guidance reflects the feedback stipulating: ‘additional information…will not be provided or submitted to the panel’. 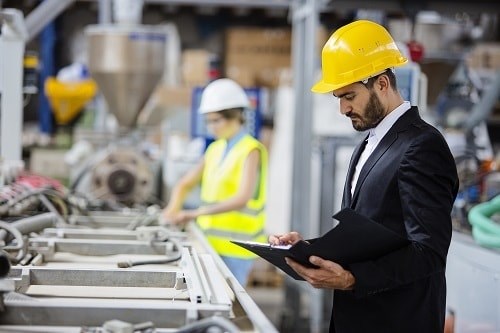 Others expressed concern that evidence and complaints would be mostly paper based. The Chemicals Business Association said: “We assume that the disputes panel will only occasionally convene as a body and that most of its work will be conducted on paper. However, this process, whilst cost-effective, could also be seen as ‘justice behind closed doors’. We recommend that, in appropriate cases, hearings make use of available technology – conference calls, Skype, Face Time – if it is appropriate to allow either side to make its case.”

The guidance says however that only “in exceptional circumstances when the panel considers the case cannot be decided on written information alone, they will have the discretion to convene a meeting with the dutyholder and HSE”.

A total of 76% of respondents agreed the panel should be independent. But there was concern over how it would be selected.

The Health and Safety Lawyers Association (HSLA) said: “lawyers appointed must not be HSE’s agent solicitors. This is not in any way to denigrate any of those counsel or solicitors who prosecute on behalf of the HSE. However, the system must be seen to be fair.”

HSE said in its response that: “HSE recognises that dutyholders will wish to have confidence in the independence of the panel chair, it is therefore HSE’s intention for the appointment to be from the Attorney General civil panel – HSE has no role in any appointments to this panel.”

HSE was prompted to overhaul the process for FFI disputes after OCS group, a facilities management company, brought a judicial review. Mr Justice Kerr said,"it is arguable that the HSE is, unlawfully, judge in its own cause when operating the FFI scheme; and that the scheme is either unlawful or being operated in an unlawful manner". The court dropped the review on condition HSE implemented changes.

To read what to do if you don't agree with your invoice for FFI, see HSE's website here

A coroner has called for new laws on air pollution limits after he concluded that pollution led to the death of nine-year-old Ella Kissi-Debrah.