On Monday this week it was announced that the famous clock tower’s chimes would stop to allow for essential repair works until 2021.

Parliament's authorities explained this was to protect workers’ hearing and safety while undertaking restoration of the 157-year-old tower.

But at least two prominent MPs went out publicly to joke about the decision taken on health and safety grounds.

Labour MP Stephen Pound told the Daily Mail: "They kept the bells tolling through the Blitz. The Luftwaffe could not stop it but health and safety has. There has to be a way around this."

Brexit Secretary David Davis, speaking on the Nick Ferrari LBC show said: "There's hardly a health and safety argument, it's replacing a bell.” He said: "I think it's mad,” and told those working on the renovation to "just get on with it". 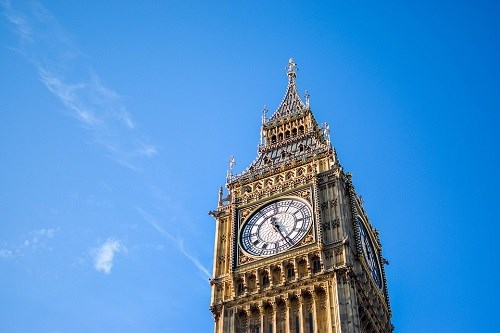 Now HSE has issued a statement in response to say that trivialising the issue of workers’ hearing loss was “unhelpful”:

“People’s health should not be made worse by the work they do, so it is important that no worker should suffer any hearing loss while working on this project,” said a spokesperson.

“As part of our regulatory role, HSE has liaised with both the client and the principal contractor on this major construction project in central London.

“This has been one of many projects where we work with contractors in the planning stages, and we’ve noted how intricate, complex and challenging this particular exercise will be. Health and safety aside, we understand these challenges would have silenced Big Ben’s chimes for at least two years anyway.

“There is broad agreement that the noise risks associated with working around the clock bells are highly significant and we would expect the principal contractor to manage those risks.”

“When all 14 tonnes of Big Ben bongs near you, you’ll know it. At nearly 120 decibels, it’s like putting your ear next to a police siren.

As well as conservation work to the Elizabeth Tower, the home of the Great Bell, the clock will be dismantled and its four dials cleaned and repaired.

The clock's keeper, Steve Jaggs, is looking forward to the repairs. He told the BBC that Big Ben falling silent was a "significant milestone" in the project to restore the tower and its clock.