The manufacturers’ organisation found only 5 per cent (14 out of 264) of members in its survey had used FFW, the government’s flagship sickness absence programme.

Comparing findings with the 2016 report, which it published shortly after FFW launched in July 2015, EEF said the high level of awareness was unchanged with 77% being aware. But only 7% of companies had actually used it across both years. 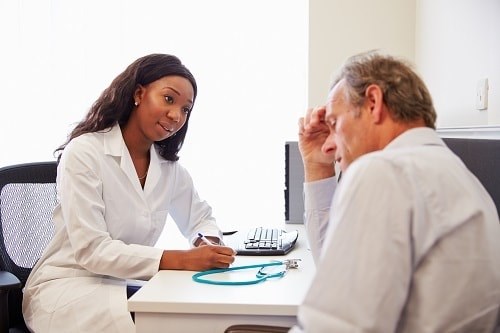 Terry Woolmer, head of health and safety policy at EEF, said: “Keeping people fit, healthy and productive is a key element of improving the UK’s productive performance for the overall benefit of the UK economy.

“Whilst the Fit for Work Service has a key role to play as part of this, companies are clearly not persuaded of the benefits of using it, either because they already have some form of occupational health provision or, they are content to rely on the NHS.”

The Health Work Wellbeing and Sickness Absence Survey makes recommendations for the government to boost uptake including introducing financial incentives for firms and working on making employers and GPs more engaged in its offering.

“We still believe that [Fit for Work] is a very important initiative to tackle two of the most common causes of long-term sickness absence, musculoskeletal diseases and mental ill health,” says the report.

“EEF actively supports this initiative and wants it to prosper.”

The paper, published on 14 August, shared the headlines with GP magazine's survey of 400 GPS. It found that 65 per cent had not referred a single person under the scheme in the last year.

But others have called for businesses to manage long-term sickness better.

Think tank IPR’S February report, Working Well, a plan to reduce long-term sickness absence, said the problem can no longer be ‘neglected by both business and the government.’

It suggested employers include health and wellbeing in employee annual reviews, make greater use of flexible working practices and employ a greater understanding of ‘reasonable adjustments’ within a mental health context.

Fit for Work is delivered by Health Management Limited, and is a Department for Work and Pensions initiative. It is free, voluntary and confidential and is designed to support employees if they have been, or are likely to be, off work for four weeks or more. Both GPs and employers can refer patients to the service.

FFW was aimed at all firms, but particularly small and medium-sized businesses (SMEs), which largely have limited or no occupational health support.

Dame Carol Black and David Frost CBE’s 2011 Independent review of sickness absence predicted an independent service ‘would help doctors, who usually do not consider themselves expert in this area, and employers who need advice to support their employees to return to work’.

It is estimated that employers pay £9 billion a year for sick pay and associated costs. Each year, around 815,000 working are off work sick for four weeks or more.