The incidents, including one fatality and one life changing injury, all took place within eleven months of each other from 2014 to 2015.

The court heard how, on 7 March 2014, Renè Tkáčik, husband and father-of-one from Slovakia, had been working on the Fisher street cross-over tunnel.

He was part of a team enlarging the tunnel by removing rings of the existing pilot tunnel and spraying walls with liquid concrete. He was a nozzleman and his job was to operate a machine with a 6m arm to spray the wet concrete.

It was a ‘golden rule’ not to walk under the wet concrete before it had set, the court were told.

However, after Mr Tkáčik sprayed two thirds of the upper arc of the tunnel, he ran out of concrete. While waiting for fresh supplies, the ‘conscientious and hard-working’ 43-year-old picked up a shovel to begin the next stage of his work, which was to clear off excess concrete strips. He stepped under the sprayed roof of the tunnel. 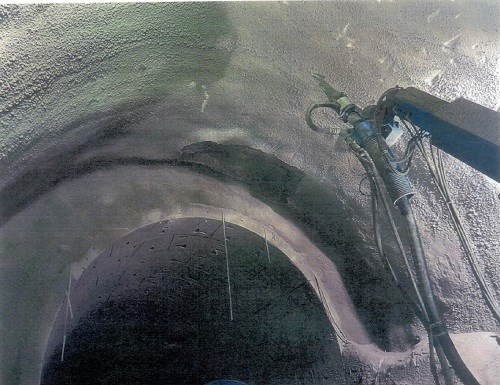 The concrete above him had not yet set and a large section fell away and he was fatally crushed by the blow. His colleagues tried to dig him free but he was found dead at the scene.

BFK accepted it had failed to take steps to prevent Mr Tkáčik from being struck by falling material and failed to impose an exclusion zone with a barrier.

But Jonathan Laidlaw QC, defending, said risks of working under concrete had been documented and there was a method statement. ‘Qualified and experienced’ Mr Tkáčik, had been required to carry out his work according to risk assessments. Laidlaw said he had also signed daily briefing documents saying he had understood the risks of his work and had also been warned not to stand too close to the danger zone.

“Renè did not need to be told again having been instructed to move further back. It was an issue that had been addressed,” the defence told the court.

But the judge said the worker’s competence was irrelevant. “The contributory behaviour by the victim is to be ignored broadly,” he said, appearing to be rankled by the defence at this point.

Harm was level A, but HHJ Beddoe settled on medium harm risked, putting it into harm category 2 under the guidelines. He did not assess risk “by reference to experience of Renè but by the seriousness of harm risked and the likelihood arising”.

“Without a delineated zone there was a risk an employee could cross the line inadvertently or deliberately and this is significantly reduced if an employee can see clearly where the line is,” he said.

HSE head of operations Annette Hall commented on the investigation: “The omission to implement exclusion zones in a high hazard environment was a consistent failure in this case

"Had simple measures such as these been taken, all three incidents could have been prevented, and Renè Tkáčik may not have died.”

HHJ Beddoe moved the fine up to harm category 1 after he found a number of workers; ‘anyone in the spraying team’ had been at risk from falling concrete. Work had also been ongoing for eight weeks by the time of the incident and there was ‘more to come.’

But BFK were found to be guilty of low culpability for steps to remedy the failing. BFK had demarcated the danger zone with a bungee court and sign hanging down off it after the incident. It had also for the ‘great part of the project health and safety procedures in place’.

The court had heard earlier how Renè Tkáčik was a ‘kind, considerate gentleman’ who had once been offered a place to study to become a doctor but he had been unable to afford it. His thwarted ambitions had driven him on to secure a better future for his 18 year old daughter and at the time of his death, he had been working at Crossrail to pay for his daughter’s university fees.

“He loved his family; that was his priority – nothing was more important. He was trying to earn a living and wanted to give his daughter a better education,” said the family’s statement read out in court.

The court heard how Mr Hughes had been the lead miner clearing away hollow spots in the concrete linings. He had run out of bagging (tubing to power pneumatic brakes) and was told there was some at a distance down the tunnel and got in a buggy to find it.

As he approached the area, he found it was blocked by an excavator in front of him.

Mr Hughes got out of the buggy to retrieve the bagging on the wall above him on foot. But as he did so, the driver of excavator began to reverse in order to make way for a buggy coming in the opposite direction.

Mr Hughes was crushed under the tracks of the vehicle as it continued to reverse.

His screams were heard in the tunnel and he was discovered with severe fractures to his right leg and crush injuries to his left knee and shin.

The 45-year-old married worker with children had been ‘fit and active’ before the incident, the court heard. He now faces the possibility of leg amputation and suffers anxiety, depression and ‘continues to have nightmares’.

The vehicle had been missing two mirrors and its reversing beeper so that Mr Hughes could not hear it coming towards him. Its camera had also been disconnected meaning there was a driver blind spot.

Further, checklists for the vehicle had only been filled in on one side meaning faults were missed. “It is clear there was no adequate system for recording defects,” said the judge. There had also been a failure to implement exclusion zones around excavators and no one had been acting as a banksman to direct traffic, a role that has since been put in place.

As in Mr Tkáčik’s case, the judge dismissed out of hand the defence’s point that Mr Hughes had ‘appeared to overlook instruction’ on exclusion zones.

HHJ Beddoe said this was ‘not relevant’. “It’s the creation of risk that is the offence. Systems should protect even the well trained from not acting in a way that is in their best interests.”

He appeared to take time in announcing the eventual fine, to emphasise that it did not seek to place a value on ‘human life or the damage from personal injury.’

“I’ve applied the guidelines and applied it in each of the three cases. It will mean that the fine in the first case is less than the second. This is not because I’ve been evaluating the lives of individuals, but focusing on degrees of culpability and the extent of risk and not solely on consequences.”

He found culpability for the incident involving Mr Hughes was medium, and likelihood of harm was category 1. He said Mr Tkáčik’s death was an aggravating factor to the ‘terrible injuries’ suffered in second incident.

He fined BFK 900k, down to 600k for the early guilty plea for breaching section 22 (1a) of the Construction (Design and Management) Regulations 2007.

The third incident took place six days after the second, on 22 January 2015 when worker Alex Vizitiu, who was part of a team tasked with spraying liquid concrete lining, was assisting with the cleaning of the pipes that supply the concrete.

Due to a lack of communication one of the lines was disconnected and he was hit by pressurised water and concrete debris. He suffered head and hip injuries as well as a broken finger and was hospitalised for six days.

Seriousness of harm risked was level B and likelihood of harm was low, said the judge. It was an aggravating factor that BFK had continued to fail to address and maintain exclusion zones. The judge fined it £165K for breaching Section 22 (1a) of the Construction (Design and Management) Regulations 2007.

HHJ Beddoe said in his final remarks: “These companies were very experienced. The greater the profit, the greater the focus on health and safety.”

“But big or small, the standards required are the same. For me the size or number of man hours, I am not sure are relevant save to show where there is a failing in a project as big as this is. A failing may have far reaching implications.”