A Manchester building contractor has been sent to jail for eight months for hiring two workers who were not qualified to carry out work at height and failing to provide fall protection measures on a roofing job, resulting in the death of a casual labourer who fell to his death. In another recent case, an engineering company in North East England was fined £150,000 for providing inadequate PPE to its workers who were severely burned carrying out cleaning tasks using corrosive substances.

These convictions have happened since the introduction of the new Sentencing Guidelines in February 2016 – with the potential for courts to levy increased fines and custodial sentences for serious breaches of health and safety.

Other high profile cases with huge fines include Merlin Attractions Operations: £5m, ConocoPhillips: £3m, Cristel Pigment: £3m, Tata Steel: £1.98m, Foodles Production: £1.6m. Think about it. What could getting it wrong cost you?

The sentencing processes takes more into account than ever before, bringing in different elements of your business that you may not have initially realised.

Step 1 takes into account the seriousness of the incident, including the possible failure by employers to respond to near misses or to action advice from employees. Whether the offence demonstrates a lack of adherence to recognised standards, inadequate training, supervision or reporting is also considered. Other questions that help to determine the offence category of the incident include: Is it representative of fundamental systematic failings? Was there a death or serious personal injury? Is there a high risk of future deaths?

Category A groups incidents where answers to the questions indicate a high level of harm or culpability. Category B is in place when answers to the questions indicate a lower level of culpability. The fine eventually imposed on the organisation is usually dependant on turnover on the proviso that a detailed and accurate record of financial information is provided.

This stringent approach has irrevocably altered the landscape of health and safety sentencing and the punishment inflicted on offending organisations. In the first sentencing under the new guidelines in July 2016, Monavon Construction Ltd pleaded guilty to two counts of corporate manslaughter, after two men fell into a 3.7 metre lightwell that only had perimeter edge protection, rather than metal railings, fixed around it in October 2013. Both men died at the scene. The judge fined the company £250,000 for each of the corporate manslaughter offences, plus £50,000 for breach of the Health and Safety at Work Act. This fine was based on the company being a micro organisation, taking into account the company’s fundamentally good safety record, lack of previous prosecutions and the steps taken immediately after the incident to rectify the issue. 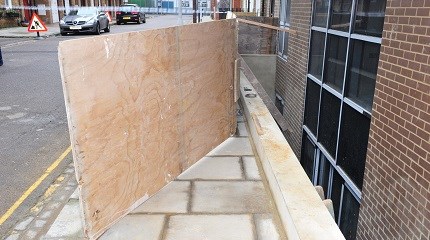 Just one year in action, these guidelines have resulted in more than 19 fines of more than £1m, compared to three in 2015, and none in 2014.

It is critical to understand the changes to the Corporate Manslaughter Act, how this has already seriously impacted offending organisations in terms of finances and reputation, and how you can protect your workforce and your business from serious failings and possible prosecution. 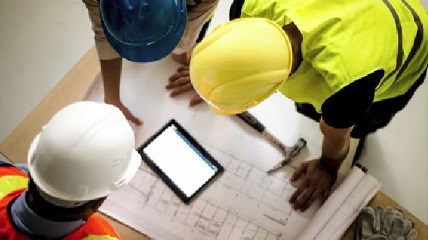 While you can guarantee the efficiency and conformity of your written health and safety processes, you cannot be completely sure that firstly, these policies are being wholly implemented on site and secondly, that your entire supply chain is fully compliant.

E-permits, the web-based permit-to work system improves your management control, reducing possible risk of injury to people by ensuring all of the individuals on your site have genuine, up to date qualifications meeting your criteria and standards – alerting you immediately if the situation changes. It enables you to have complete visibility of all of the contractors within your supply chain, providing an accurate overview to who is doing what, when, where, why and how in your buildings, connecting your internal policies and external legislation and regulation requirements. Incidents can be prevented from happening in the first place but on the rare occasion something does occur, the e-permits system enables you to demonstrate that you have put all reasonably practicable methods in place.

The revisions to the Corporate Manslaughter Act highlight that each incident is treated entirely in its own right but that the punishments for offending businesses are stronger than ever before. The sentencing process takes a plethora of factors into account, including an organisation’s previous record and compliance, current health and safety systems and self-reporting processes. The message is clear: you need to be prepared with effective solutions that provides you with the transparency, compliance and assurance you need in case something goes wrong.

After a year of restrictions, shutdowns and uncertainty, events are back on with full capacity audiences. But how are events workers feeling about their personal safety and how are employers responding?

By Sofie Hooper, Institute of Workplace and Facilities Management on 05 July 2021

Those in control of certain high-risk multi-occupied residential buildings will in future have to appoint a Building Safety Manager to oversee the fire and structural safety of the building.

For those responsible for fire safety within a building, ensuring appropriate action is taken to minimise risk in the workplace may seem like a daunting prospect.