At Kingston Crown Court on 29 June, Slawomir Swiatek, (pictured below), 49, a Polish national of Brighton Road, Addlestone was sentenced for the gross negligence manslaughter of 41-year-old Grzegorz Wrezel. Swiatek had pleaded guilty at an earlier hearing and had admitted breaches of his duty under the Health and Safety Act 1974.

The court heard how Grzegorz Wrezel had been working for Swiatek's building firm - Earnest Builders Ltd - at a site in Manor Way, Worcester Park in Surrey on the day of the incident, 3 February 2016.

A one-storey extension was being added to a house and Wrezel and another employee were digging out a trench for the foundations to be laid. 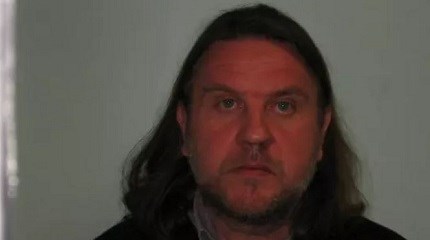 Swiatek told his employees that the trench should be dug directly alongside an existing boundary wall.

The court heard that as Grzegorz was duly working in the trench, the wall collapsed. The lower portion of the wall pinned his legs while the upper portion fell on his upper body.

The man was taken to hospital, but his injuries were so severe that, following medical advice, his life support was withdrawn and he died on 10 February 2016.

In the investigation by the police and HSE, it was found that Swiatek had paid ‘no regard’ to his obligations as an employer.

His assessment of the boundary wall, and whether it was stable enough to have a trench dug next to it, was cursory at best, the court were told.

The fact that the wall and the trench beneath it had not been shored up in any way, led directly to the wall collapsing.

It also emerged that Swiatek had provided no safety equipment to his workers and did not ensure they wore hard hats while on site.

Detective Chief Inspector Sam Price, who led the police investigation, said: "Grzegorz Wrezel was a hard-working man who left his home that day with every expectation that he would return safe and well.

"Due to Swiatek's lack of health and safety considerations, sadly this was not the case.

"This death was entirely preventable and illustrates why employers should take their responsibilities with regard to health and safety seriously - in this case, it was a matter of life and death."

At the sentencing Swiatek was also disqualified from a being a company directory for a period of seven years.