Making the announcement today at a private meeting held for victims’ families in Warrington, Sue Hemming, Head of the CPS Special Crime and Counter Terrorism Division, said: “We will allege that David Duckenfield's failures to discharge his personal responsibility were extraordinarily bad and contributed substantially to the deaths of each of [those people].”

Duckenfield was the Match Commander for South Yorkshire police on the day of the tragedy, 15 April 1989 when fans were forced into overcrowded central pens, as they made their way to watch the start of the FA Cup semi-final at Sheffield Wednesday’s Hillsborough stadium. A total of 96 people were killed in the ensuing crush.

Owing to changes in the law, the CPS is unable to charge Duckenfield for the 96th person who died, Anthony Bland as he died almost 4 years after his injuries at the stadium.

The other five who face charges include Graham Henry Mackrell, safety officer and company secretary of Sheffield Wednesday football club at the time.

Mackrell is charged with two offences involving breaching the Safety of Sports Grounds Act 1975. He also faces one offence of failing to consider the safety of others who may have been affected by his acts or omissions at work under the HSWA. 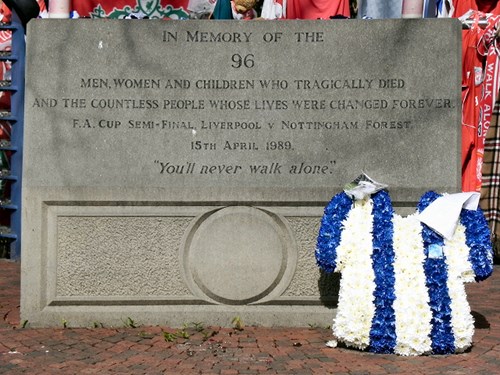 All defendants except Duckenfield will appear at Warrington Magistrates' Court on 9 August.

The decision follows the April 2016 ruling by the inquest jury who found victims had been unlawfully killed in the tragedy.

The CPS considered two ‘substantial files’ from Operation Resolve (OR), the criminal investigation into the circumstances surrounding the planning of the match and the day of the disaster, and the Independent Police Complaints Commission (IPCC), which looked into the 'cover up' of the true events before arriving at today’s decision.

Prime Minister Theresa May said it was an ‘important step forward’.

Speaking on behalf of some of the families, lawyer Marcia Willis-Stewart said: "The Hillsborough families have waited 28 years for justice.

"Some of the truth was exposed by the independent panel and some by the inquest jury on April 26 2016. Now we await the results from the long overdue process of accountability - accountability being key and at the heart.

"There are of course various legal options open to the families where decisions have been made not to prosecute, in the form of the victim and judicial review process. As I said, 28 years for justice, now is the time for accountability."

A coroner has called for new laws on air pollution limits after he concluded that pollution led to the death of nine-year-old Ella Kissi-Debrah.