Chief among the proposals in the consultation open until 10 October are for jail terms to increase.

There is a new maximum jail term of 18 years and, although the guidelines for cases sentenced in England and Wales cover four types of manslaughter, gross negligence manslaughter has a unique note.

“In most areas, there are unlikely to be changes to sentence levels, but the Council expects that in some gross negligence cases, sentences will increase,” says the accompanying statement.

“An example could be where a death was caused by an employer’s long-standing and serious disregard for the safety of employees which was motivated by cost-cutting.”

Simon Joyston-Bechal, director of Turnstone Law, commented: “The message for the boardroom is to sit up and take note, because these guidelines apply to current acts and omissions - they will be retrospective in that someone who commits an offence in 2017 can expect the guidelines to be in force by the time he or she comes up for sentencing after a delay of 18 months or more.”

He said just as the guidelines for health and safety and corporate manslaughter offences led to a steady rise in fines, the same trend can be expected for gross negligence manslaughter.

“This offence was excluded in 2016 and we can now see that it is the Sentencing Council’s intention that, for workplace cases, it will also be punished much more severely than now. 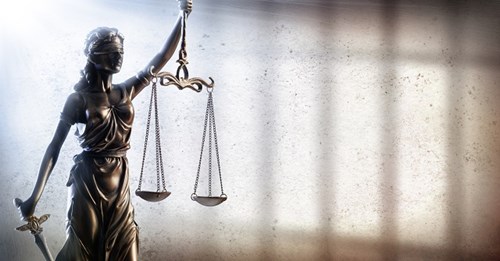 Under proposals, judges will use culpability to determine the punishment. There are four levels – low, medium, high and very high culpability – each with different jail term ranges.

Andrew Katzen, partner at Hickman & Rose law firm, comments: “The lower culpability level specifically includes cases where the negligent conduct was a lapse in the offender’s otherwise satisfactory standard of care. In this regard, it is likely to become increasingly important to be able to establish a consistent and exemplary health and safety record - even where the negligence was motivated by financial gain.”

The Sentencing Council say courts have been challenged by ‘very limited sentencing guidance for manslaughter’ to date.

Its guidelines based on current sentencing practice aim to promote much needed ‘consistency in sentencing and transparency’.

“Manslaughter always involves the loss of a human life and no sentence can make up for that loss. We have been keenly aware of the impact caused by these offences and so the guidelines aim to ensure sentencing that properly reflects both the culpability of the offender and the seriousness of the harm caused,” said Sentencing Council member Mr Justice Holroyde.

Gross negligence manslaughter is committed by an individual whose gross breach of a duty of care causes or materially contributes to a death.

For the court to sentence high culpability, the offender would have to be ‘clearly aware of the risk of death arising from [their] negligent conduct’, according to the draft guidance.

At the same time, for the offence to be made out, there must have been no intention to cause death.

This makes gross negligence manslaughter ‘one of the most difficult sentencing decisions a court can make’, according to Mr Katzen: “The court is addressing consequences that the defendant did not intend while the public expects a prison sentence which reflects the severity of the incident. Previous decisions are often best ignored because they inevitably turn on their particular facts. It has always been a matter of very broad judicial discretion.”

But it will not stop judges coming down hard on employers in 'typical' scenarios in the workplace, argues Joyston-Bechal, who says it will be "much more likely the ‘high’ or ‘very high’ categories will be chosen”.

“The impact of this for workplace cases is enormous. These typically involve a breach lasting at least some weeks and it would be unusual for the offender not to be aware that getting safety wrong could cause a death.”

It is the first time comprehensive guidelines have been drawn up for gross negligence manslaughter, the worst form of workplace safety breach an individual can commit. Police commander David Duckenfield is currently facing trial over 95 charges of manslaughter for the 1989 Hillsborough disaster.

Maximum sentences for gross manslaughter offences was ten years based on the sentencing practice the Council analysed from 2014. Overall, an average length of four years, thus showing the increase under new proposals to 18 years.

The consultation is open until 10 October. To read it and respond, visit the Sentencing Council website.