It is now almost seven months since the results of public consultation on the proposed Construction (Design and Management) Regulations 2015 were reported to the HSE board.

These months have been extremely busy for HSE policy makers in addressing the significant concerns raised by stakeholders during consultation. Separately HSE has been producing the extensive L series guidance that currently runs to 84 pages.

Members of HSE’s Construction Industry Advisory Commitee (CONIAC), including our own member organisations Bovis Homes and Land Securities, have also been busy. Under the auspices of the CITB, they have drafted five sets of guidance for small business dutyholders (client, designers, principal designers, contractors and principal contractors) and guidance and advice for construction workers too.

While it is not possible to do justice to CDM 2015 in a few words, it is important to offer some comment about the likely impact on the ‘domestic’ client and set out the hope and expectations that at long last designers will, generally, take account and adhere to the principles of prevention.

No matter what role you have, under CDM 2015 there is no short cut to understanding and following the L series guidance. While the five sets of CITB guidance are informative and in particular will help small businesses to understand what they must do to comply, it is imperative for all dutyholders to familiarise themselves with the structure, content and detail of the guidance. It is essential reading.

One of the concerns that our members have keen for us to raise in our response to the HSE consultation is that some designers neither understood nor adhered to the principles of prevention.

While appendix 1 of the L series guidance sets out the general principles, the CITB guidance aimed at designers goes further and provides examples of what can be done to put the principles into practice (annex D). There is no excuse for designers to plead ignorance – it could not be clearer that the principles of prevention apply equally to the construction of a building and its use once constructed. We do need designers, of whatever type, to step up.

Also to be commended is the “Red-Amber-Green” list in the CITB’s guidance for designers (annex E). The RAG list provides helpful advice on products, procedures and processes that should be eliminated, reduced as far as possible or positively encouraged. Time will tell whether designers have grasped the importance of eliminating, reducing or controlling risks through design.

The HSE board paper on the results of consultation noted split opinion as to whether to remove the exemption for client responsibilities from domestic clients. The concern highlighted in the evaluation of the effectiveness of the CDM 2007 Regs, that is, a lack of awareness among small contractors that CDM applies to small domestic projects, does not go away with the 2015 regulations.

It is unclear why domestic clients commissioning small-scale construction work should not have the responsibility for the health and safety of those working on their project. Would it not be better to place a responsibility on domestic client to exercise a duty of care in their choice of designer and/or contractor?

As with all regulation we suspend judgement until such time as we are able to measure the impact and specifically the extent to which CDM 2015 has contributed to reducing injury and ill health on construction sites.

No trade-off in worker health

No trade-off in worker health

A scientist, recently interviewed on the radio about his research into the Coronavirus, was asked a question: why is the current outbreak so widespread and so deadly, when compared to previous outbreaks? 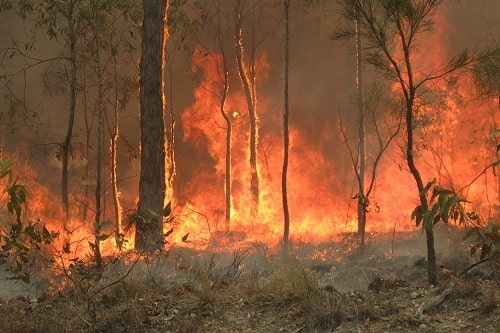