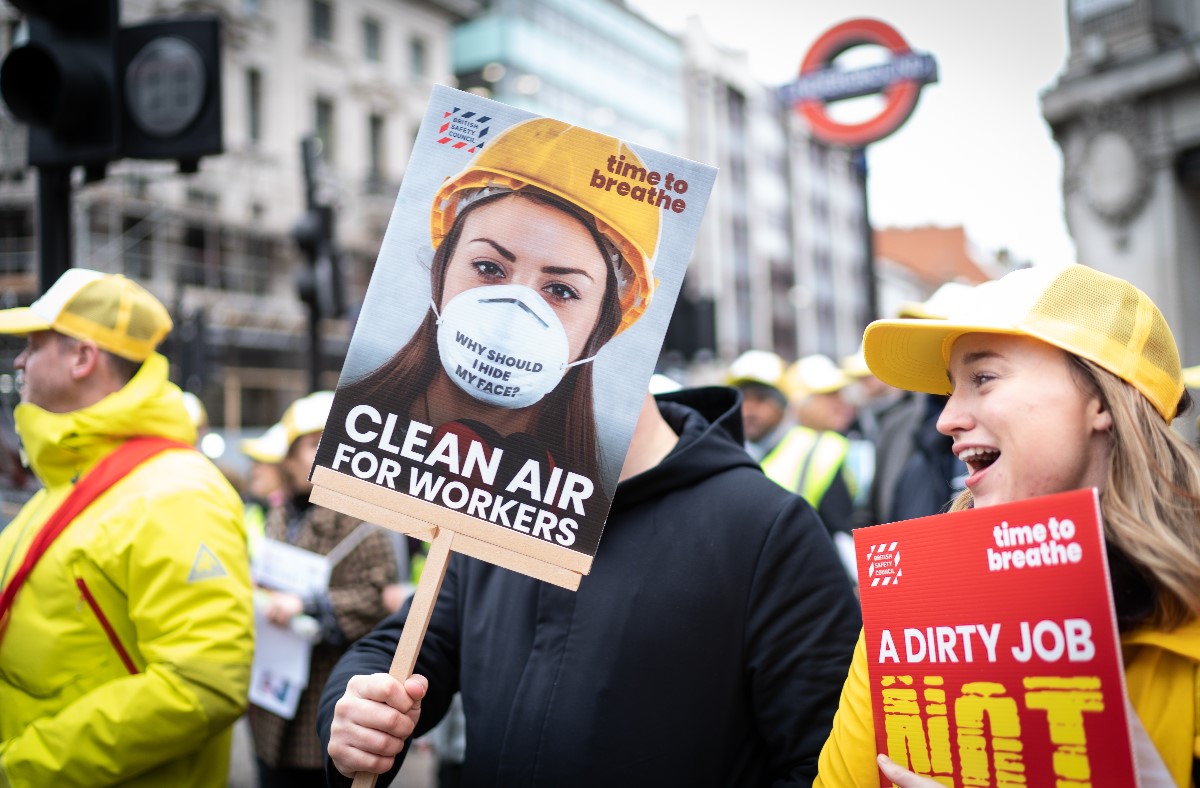 Air pollution, linked with up to 36,000 early deaths a year in the UK, is considered the biggest environmental risk to public health. Research from King’s College London suggests that more than 9,400 people die prematurely due to poor air quality in London alone. Ambient air pollution is linked to cancer, lung and heart disease, type-2 diabetes, infertility and early dementia.

Several pilot schemes are beginning to monitor and measure the levels of air pollution experienced by people working and living in London. Their findings will be instrumental in developing recommendations for reducing people’s exposure to air pollution in the capital.

However, at the same time, the government and regulatory bodies such as the Health and Safety Executive (HSE), continue to demonstrate a lack of interest in relation to regulation and guidance on air pollution.

In March 2019, the British Safety Council launched its Time to Breathe campaign, which is focused on the protection of outdoor workers from air pollution. The cornerstone of the campaign is Canairy, the first mobile app that gives outdoor workers and their employers insights into pollution and how to reduce staff exposure to it. It has been created in co-operation with King’s College London. Canairy draws on the London Air Quality Network (LAQN) pollution map at King’s and the worker’s GPS to calculate an individual’s exposure to pollution on an hourly basis.

The British Safety Council’s report ‘Impact of air pollution on the health of outdoor workers’ is the next step in the campaign. It gathers available evidence about the causes and consequences of air pollution in Britain. It also reviews international examples of initiatives set up to measure air pollution in different locations and their recommendations for risk reduction.

In the report the British Safety Council is calling for:

Lawrence Waterman, Chairman of the British Safety Council, said: “The impact of air pollution on people working in large cities is starting to be recognised as a major public health risk. However, we are yet to see any true commitment to addressing this issue by the government and the regulators.

“The Time to Breathe campaign, together with our recent report, is a call to action for policymakers, regulators and industry leaders. The social and economic implications of ambient air pollution are clear. It must be recognised as an occupational health hazard, much like some toxic substances such as asbestos. Breathing clean air is not a privilege but a basic human right for the thousands of people who are undertaking vital work outdoors.”

that the Department for Work and Pensions (DWP) and the Department for Environment, Food and Rural Affairs (Defra) do more to protect outdoor workers from the dangers of ambient air pollution. To download the template of the letter, click on this link (go to ‘Become a supporter’ section) or use the attachment.